Apple is a local model and when I saw  her photos I immediately wrote to her and invited her on a photography session. She agreed and we decided to meet at BTS Asoke train station before heading to Benjakitti Park for some evening shots.

Meeting someone at a train station in Bangkok sounds easier than it is. Asoke train station is one of the busiest in Bangkok due to it’s connection with underground metro. We agreed to meet at 430pm which is a very busy time.  Adding to that the complicated system of texting each other instead of calling, another example of technology failing us, we spent 30 minutes fighting the crowds while searching for someone we never met. Finally I saw Apple and her friend and waved to them. Not a good start to the session and she was visibly frustrated. When I proposed to take some shots at the station she looked at me and said “Here!?” in disbelief.

Fortunately the hardest part of the evening was behind and we started our session on second floor of the train station above the busy Asoke intersection. At 5pm the sun bathes Bangkok in beautiful warm orange light and some of it spills into the train walkway. This creates a very nice illumination on a model and I quite like the shots we came up with.

Walk to the Park

Bangkok is a wonderful place to shoot with a new background every couple of steps. It’s full of color and texture and if you pay attention you never run out of places to position a  model. As we walked to the park we stopped at any place that showed promise. Here was bright yellow gate in front of construction yard or a closed down bar, there an old graffiti wall and next to it a shiny chrome door next to a beautiful green hedge. I quickly realized that Apple was an experienced model and didn’t need any direction from me. It’s such an advantage when a photographer can only worry about composition and exposure. In addition she dresses in a very photogenic, bright floral pants and looked great in front of any background.

We slowly photo walked our way to the park in time to catch the sun setting behind trees. We decided that Apple’s floral pants received enough exposure and a new outfit was in order. Apple changed into jeans and white top and we started on the second part of the shoot.

A word of caution when shooting in parks in Thailand, you don’t want to look like a professional photographer. As before and as in this case a security guard came to us and started asking questions. Fortunately Apple took care of the conversation and after a minute or so he drove away on his bicycle. He insisted the photos were not to be used in a magazine and she told him it was for her profile. I don’t know what the law says in this case but apparently you can’t use the photos for commercial purpose.

Well, the sun setting and our session nearing the end we walked and shot in this wonderful location. Benjakitti Park is great place for photography and just to relax. In it’s center is a giant oval lake and on it’s perimeter a bicycle track, jogging track and walkway. In addition there are multiple exercise areas and places to sit down and chill. The setting sun reflects in the surrounding glass buildings and provides a variety of interesting illumination. I would shoot there more often but having to talk to the security guards every time to explain your purpose is a little frustrating. 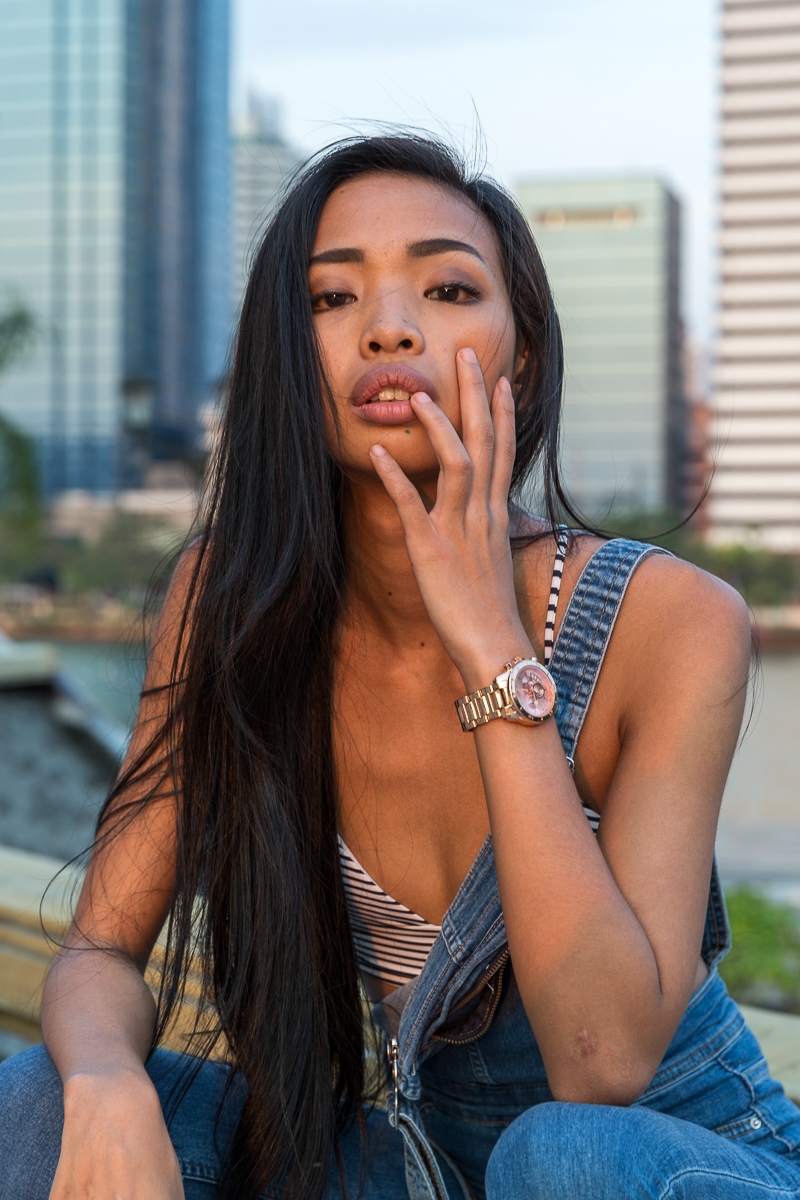 In the end the session was very productive and we got a surprising number of great shots for such a short amount of time. We shot for about an hour and it was tough to narrow it down to top 10. In all honesty when photographing girls who look like her it’s hard to take a bad photo. Combine that with a location like Bangkok and it’s a gold mine of opportunity.

Click on gallery thumbnails below to see it in lightbox. 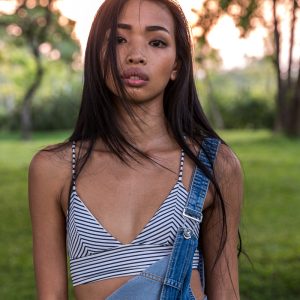 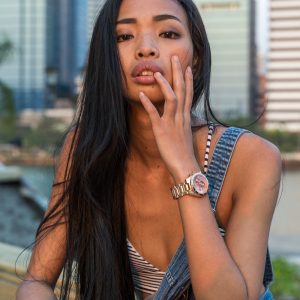